Last Friday evening, attendees at Broomfield Auditorium were treated to an original play entitled “Colorado Time Travel Adventure.” The play was written, produced, and acted by participants in Imagine!’s Out & About program’s Centre Stage Class.

This year marks the fifth anniversary for Centre Stage, and it has proven to be immensely popular. Here’s how it works: participants start with brainstorming plot and character ideas in December. The ideas and creativity and hard work that follow culminate in a public performance that showcases their original creation and shares all participants’ talents and contributions with the public.

This year, Centre Stage was directed by Kristel Jelinek Brown, program director at Parlando School for the Arts. “This group was full of such dynamic energy and ideas,” said Kristel. “It is my favorite part about any artistic process, finding out what excites the group then collaborating as a team to make it all work together!”

This year, to allow even more individuals to participate in the creative process, Out & About’s Catalog program designed its Creative Expressions class to aid the big production by building the set designs and props. Examples of projects included: spray painting aspen trees, creating an Aspen City Limits sign, cutting out and painting a party bus alien space craft using cardboard, and designing a Maroon Bells landscape as a back drop. The neat thing about this Creative Expressions class is that the participant’s work will be seen by a large audience. They may not appear on stage, but are still “in the play” as their hard work contributes to the big show. “Everyone makes a contribution and it is wonderful to see everyone's creative juices flowing,” said Alexa Trujillo, Out & About instructor.

Below are some photos from the play. For more information about the play and the participants, you can read this article about the performance that appeared in last week’s “Broomfield Enterprise.”  To learn more about the process behind Centre Stage, click here.

Congratulations to all involved! 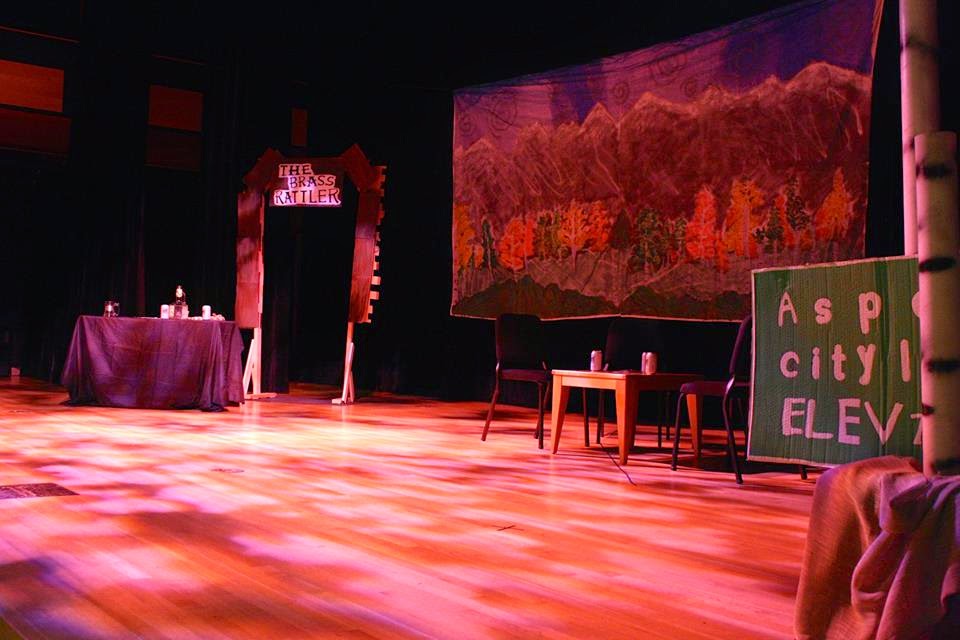 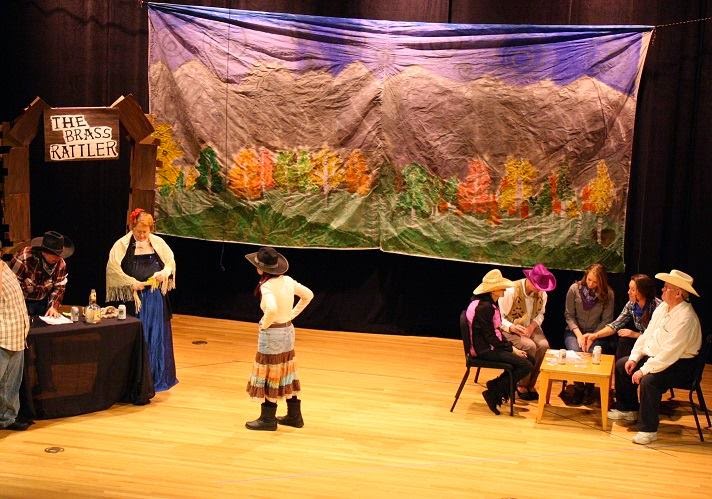 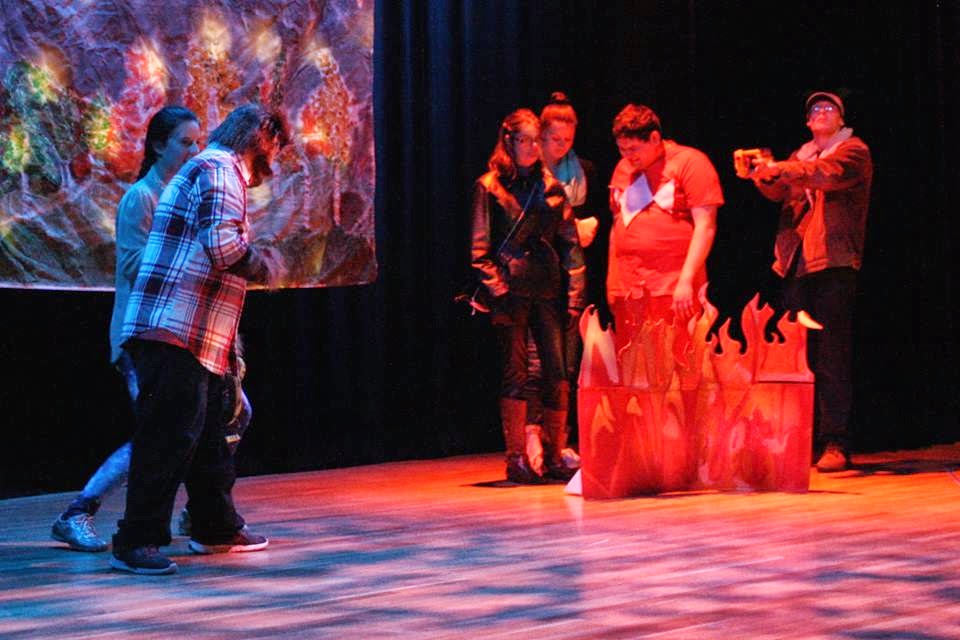 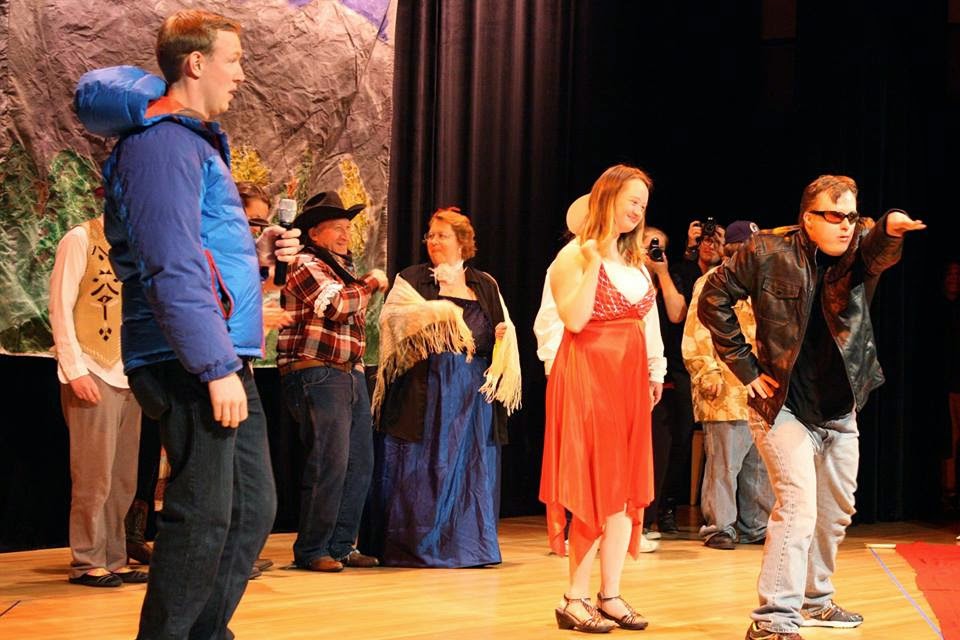 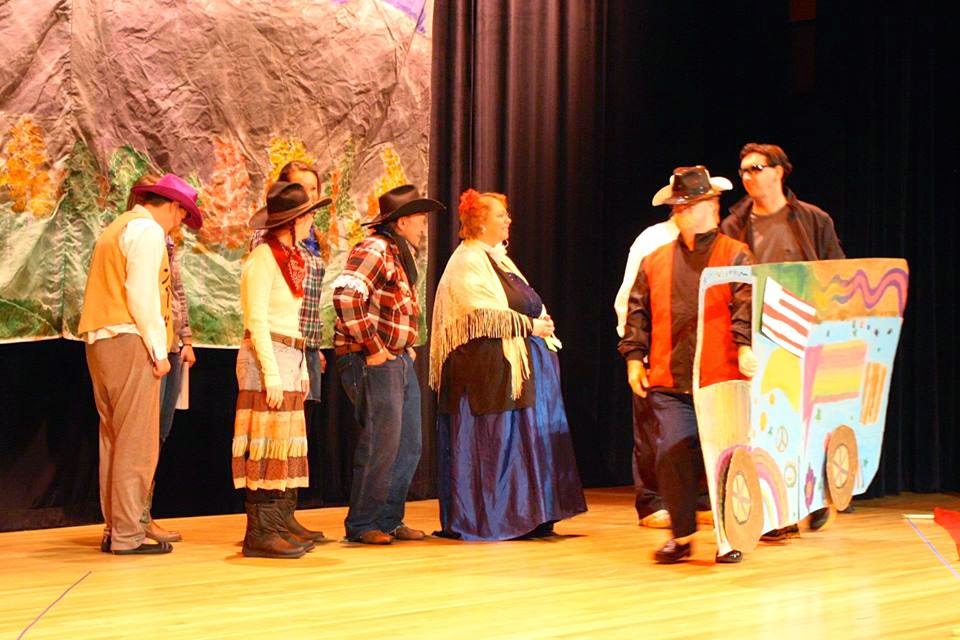 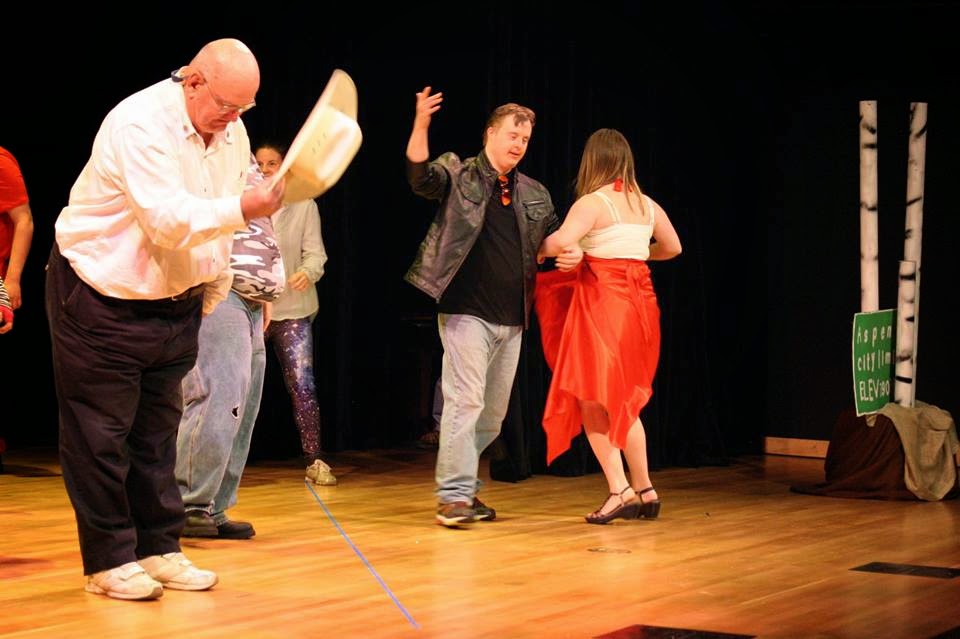 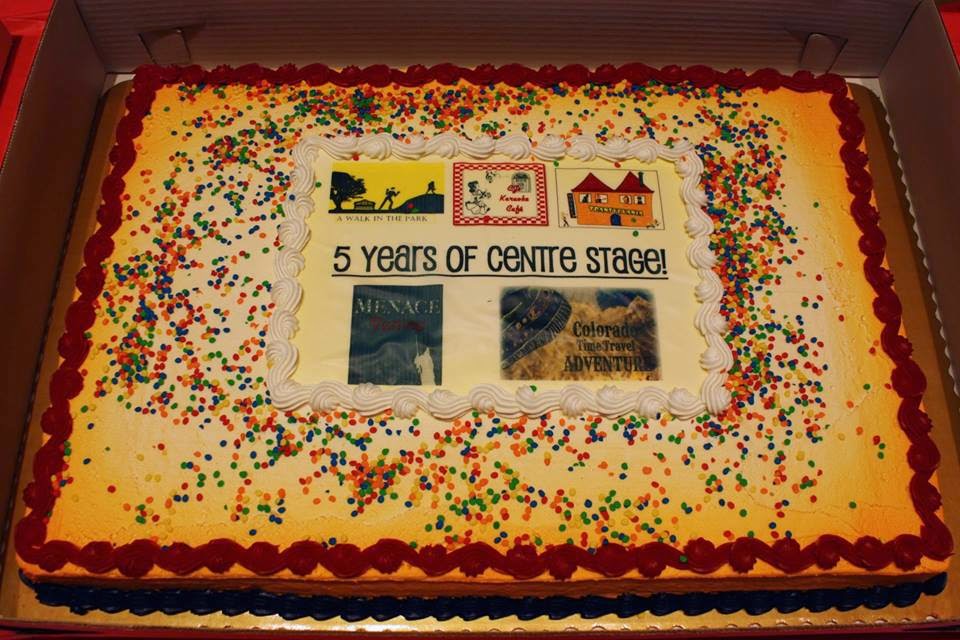