Imagine!’s Gift Giving Drive is underway. This annual event helps brighten the Holidays for individuals served by Imagine!, and the smiles we see when the gifts are delivered make everyone’s Holiday cheerier. If you’d like to add an extra dose of happy to your season, below you will see information on how to get involved.

And … if you like your giving with a side of hockey, our local hockey team for people with a variety of abilities, The Ice Wizards, have a game on December 15 which will include a “Teddy Bear Toss” which will also support our Gift Giving Drive. Details are below as well. Great hockey, great cause, great fun. I hope to see you there! 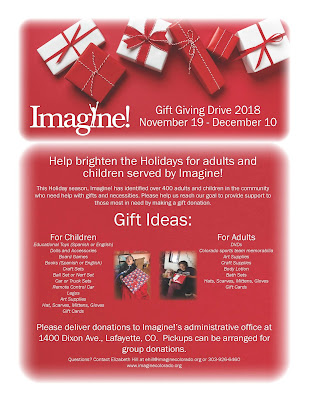 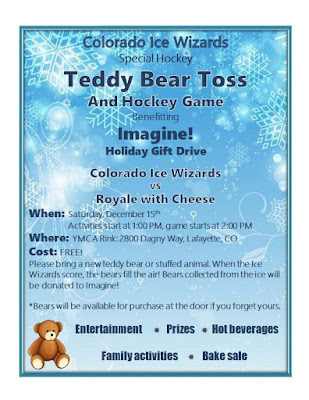 An Open Letter To Jared Polis

Congratulations on your election as the next Governor of Colorado. Those of us at Imagine! and in the field of serving people with intellectual and developmental disabilities (I/DD) are looking forward to working with you to ensure that our fellow citizens with disabilities have the opportunity to lead fulfilling lives in their homes and communities.

I’d like to offer a few ideas and/or suggestions about your approach to the system of funding and delivering services in our State. I know these ideas are unsolicited, but you should be aware that Colorado’s approach to serving people with I/DD is incredibly chaotic when compared to other states. A new administration offers an opportunity to reexamine the system, and I’d be remiss if I didn’t at least share some ideas with you.

Continue the work toward eliminating waitlists for services.

Colorado has been incredibly active during the last eight years in working to end wait lists for services for children with severe intellectual and developmental disabilities as well as for those who need part-time, in-home services. However, Colorado's wait list for adults with I/DD who have requested home- and community-based services (HCBS) “as soon as possible” rose 38% between January 2015 and January 2018. Far too many adults (and their parents) are waiting far too long for vital supports.

One important caveat to this plea: don’t try to start anything the State can’t pay for. “Don’t buy the car if you can’t afford the gas and maintenance.” This is a notion that has not captured any attention in Colorado.

Using a word like “vulnerable” doesn’t emphasize possibilities. It doesn’t highlight strengths. It promotes what people are not. It doesn’t do anything to move us forward in the effort to create a world of opportunity. Our very system of funding and delivering services is built on the use of terms such as vulnerable, and it has led to a system where we ration services based on what people are not capable of doing. A better reference for people with I/DD from a position of having influence might be “powerless.”

I’m sure you know this: the world of technology is exciting, constantly evolving, and vast in its capabilities. The impact this can have on people of all abilities has been and will continue to be life changing. It doesn’t require an employee with Apple or Microsoft to make an impact. Technology derives from investment, collaboration, innovation, and cultural influences that spark from a simple idea or dream. Unfortunately, State rules, regulations, and approaches aren’t very friendly to, or supportive of, the use of technology in I/DD services. Proper investment in the use of available technologies has shown terrific results in States like Ohio.

Putting it mildly, the State hasn’t exactly been consistent when it comes to funding private service providers as compared to public State providers. And that’s a mistake, as Colorado has regularly ranked high in terms of outcomes for people in services while simultaneously ranking almost dead last in terms of per capita spending on services. Private providers have shown they can deliver positive outcomes even with limited resources. But in the past decade, they are being squeezed out of services by horribly inadequate rates which have seen almost a 10% reduction relative to the cost of doing business in the last eight years, to the detriment of the State, taxpayers, and people in services.

Focus on deliverables, not just costs

We all get it – the State doesn’t have an unlimited capacity to provide resources to people with I/DD. But when the only solution to limited resources is to cut costs, we’re missing the opportunity to do better, because providers start simply focusing on staying in business instead of innovating or leading. We have realized in the last eight years that cutting costs does not result in better health care. Invest resources in to research and development, and explore other ways for service to be delivered. There are a lot of smart, creative, and passionate people in this field. Let’s support them in being their best.

I could go on, but I don’t want to overwhelm you as you transition to your new role. So I will conclude by saying that creating a world of opportunity for all abilities isn’t a pipe dream. It can happen when governments, communities, providers, families, and people in services believe in the potential of all, and work together so everyone can achieve those potentials. I can’t wait to partner with you to make that happen in Colorado.

Then again, what do I know?
Posted by Imagine! at 3:06 PM No comments:

Today I’d like to offer my sincere thanks to Heidi Storz for her time serving as President of Imagine!’s Board of Directors. Fortunately, she isn’t leaving the Board entirely, but she did finish her tenure as Board President and is placing those duties into the capable hands of Ken Curtis.

Heidi’s steady guidance as President of the Board during her term was vital, as we faced unprecedented challenges. Despite those challenges, Heidi never let us lose our focus on our mission of creating a world of opportunity for all abilities.

I greatly appreciate all of her hard work in ensuring that Imagine! remains a leader locally, statewide, nationally, and even internationally in the field of serving individuals with a variety of intellectual disabilities.

Last night, Ken presented Heidi with a small token of our appreciation at a Board meeting. Truthfully, however, we can never thank her enough for her support of Imagine! and the people we serve. 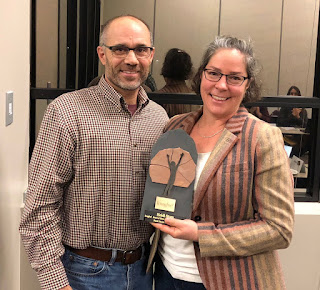 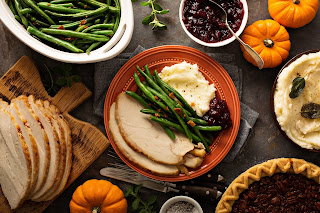 Today, I’d like to offer my sincere thanks to Dave Query, who is once again treating individuals served by Imagine! and their families to a traditional turkey dinner on Thanksgiving Day. This is the 15th year Dave has hosted this event, which will again be at Zolo Southwestern Grill, 2525 Arapahoe Avenue, Boulder.

There are three seatings, and all three have filled up already! In all, more than 350 people will benefit from Dave's amazing generosity.

Dave is donating the makings for a delicious dinner with all the trimmings, and the wait staff is volunteering its time. There is no charge for the meal, and no tips are necessary.

Thanks to Dave and the Zolo staff for making it a Thanksgiving to remember for individuals served by Imagine!.
Posted by Imagine! at 7:30 AM No comments:

Occasionally I stumble across blogs that speak to me in one way or another. Recently I read a post from the blog “Tales From Serviceland” about how difficult it can be to explain what Direct Support Professionals do – or more to the point, the “why” of what they do.

Anyway, it got me thinking big thoughts and so I thought I’d share the post of a comrade in the I/DD world from across the pond.

Check it out here. 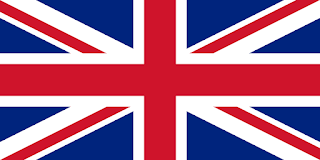 Anyone involved in services knows how complicated it can be just to get started. Imagine! is always working on ways to make the lives of the people we serve, and their families, just a little bit easier.

A perfect example is the new “Get Started” intake page on our website. 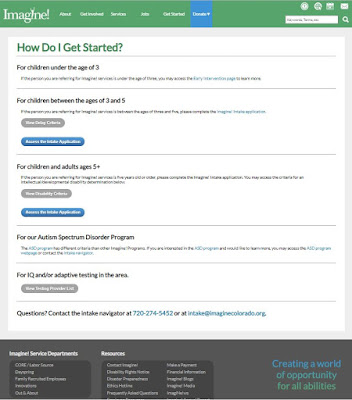 A team of Imagine! employees has undertaken the task of making getting started in services a whole lot easier by creating this portal on our website. The portal has links to information and necessary forms to be filled out for people new to services, broken down by age and by program.

Navigating the system of I/DD services in Colorado is incredibly challenging for families and people in services. Imagine! is determined to ease that burden, and this site is a great first step (both literally and figuratively).

Special thanks to Imagine! Intake Navigator Brynn Conroy and Imagine! Webmaster Jared Brannan for their hard work and dedication to this project.
Posted by Imagine! at 7:30 AM No comments:

Tomorrow, Mandy Kretsch (who accepts services from Imagine!) is hosting a Book Signing party in honor of her new book "Mandy's Collection of Short Stories." Come support Mandy and get your very own copy of the book signed! There will be a limited number of books available to purchase.

If you can’t make it but still want to purchase a book, click here: http://bit.ly/MandysBook.

Here are the basic details:

This book makes for a great holiday gift! 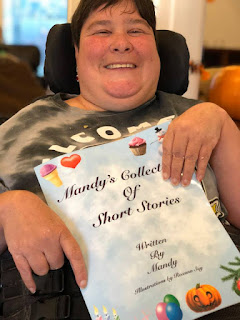 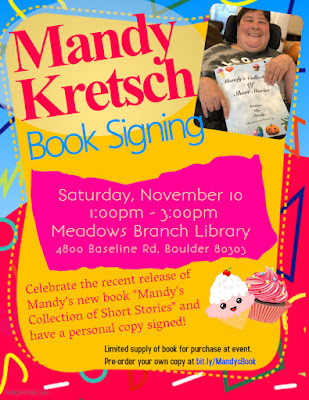 Today I’d like to thank the Albertsons/Safeway Foundation, which recently awarded Imagine! with a $5,000 grant to support Imagine!’s CORE/Labor Source (CLS) program by increasing tech support for job placement and on the job supports. The grant will be used to purchase iPads which can help individualize the supports offered by CLS.

Thank you, Alberstons/Safeway Foundation, for your commitment to helping create a world of opportunity for all abilities. 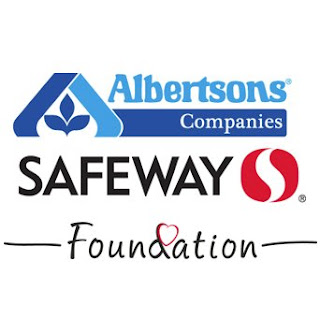 Imagine! made it to the 2nd round in the Plante Moran Gives Charity Contest - thanks to YOU!

Now we need your help again. Vote every day from today through November 7, to keep us in the TOP TEN, so we can qualify for the final round.

Please share this and encourage your friends and followers to vote for us as well. Thanks for your help! 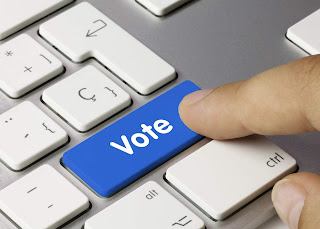 Come to Boulder’s Pearl Street Mall on November 10 and 11 to kick off the holiday season with unique gifts and handmade treasures by local artisans. Imagine!'s CORE/Labor Source artists will be there selling their work. This free holiday shopping event will include great live music, a free holiday craft design area, and fun for the whole family. Deck the Mall is donating a portion of their vendor fees to the Imagine! Foundation. 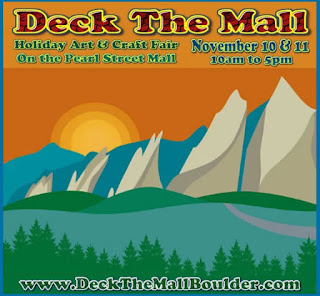