Why Do We Emphasize the Disability?

I’ve said this blog is about introducing big ideas. I’ve said it should be a safe zone for genuine discussion where new ideas are encouraged.

I’m about to put that to the test.

I believe that the current system of funding for people with 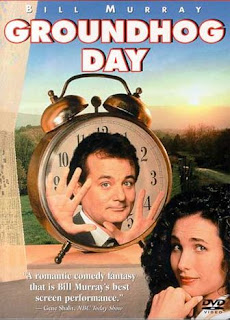 developmental disabilities through Medicaid is encouraging people to emphasize their disability.

Medicaid is designed and operated like an insurance company. Now, if you have insurance and, say, your roof is leaking, or your leg is broken, the insurance should help fix those things. And in general, once they are fixed, you are done – no more benefits are needed for that particular issue.

The goal of those of us at Imagine!, and I would argue most of us in the DD field, is to look for ways to provide opportunities for the people we serve to engage in their communities. It has been my experience that the best way to do that is to focus on a person’s strengths rather than the person’s weaknesses. Rather than identify lifelong deficits, find out what someone is good at, is challenged by, and enjoys, and build on that.

Here’s an example of what I mean: I’m not very good at throwing a softball. I never have been. I don’t know if it is a matter of my throwing mechanics or having a weak arm, but I just can’t throw a softball very far.

My lack of a strong throwing arm has not hurt me in my career, though. Why? Because I do have a handful of strengths and talents, they just aren’t softball related. I have been able to build upon those strengths to gain experience and knowledge as I worked in the field of developmental disabilities (instead of the softball field).

But what if Medicaid made the decision on what I should try and build on? Based on the current system, they’d try to teach me how to throw a softball better - even though no matter how much time, money, and energy they would spend, it is likely I’d never become a professional, or semi-professional, or even a very good amateur, softball player. What’s more, since I don’t much care about being a great softball player, I’d resent their lack of concern for my feelings and goals. And in the meantime, the strengths I did have would start to atrophy because too much focus would be placed on improving my throwing arm.

Maybe we’ve all been fooled by the movie “Groundhog Day,” where Bill Murray experiences the same day over and over, and each time he is able to work on each of his deficits and get the girl at the end of the movie. In the real world, however, it doesn’t usually happen that way.

I want to make clear that I don’t blame the Medicaid system. Medicaid was never designed to provide lifelong services focusing on the strengths of people with developmental disabilities. But in the past few years, the State gravitated toward using Medicaid dollars simply because they were available. Now we are trying to stick a round peg into a square hole by using that funding system rather than exploring new solutions.

My vision of how resources can best be used in service of people with developmental disabilities is not some pie-in-the-sky dream. Actually, this is how the system used to work in Colorado.

From 1997 through 2004, the state Joint Budget Committee (JBC), the Department of Human Services’ Division for Developmental Disabilities (DDD), the provider community, and the Community Centered Boards (CCBs) worked together to create a systems change plan for delivering services for people with developmental disabilities that would allow them to fully engage in their communities based on their needs, goals, and abilities. Since 2004, when it was determined that the state Health Care Policy and Financing (HCPF) would be the single state authority on many issues related the provision of services for people with developmental disabilities, and because of the intent of Medicaid from a federal perspective, that plan has been largely ignored. Resources were no longer viewed as tools designed to provide services to help people with developmental disabilities engage in their communities, they were instead viewed as insurance “benefits” payments based on a standard fee schedule throughout the State, paid out based on a person’s deficits.

The result? We are now serving 200 fewer people in the state (this reduction has nothing to do with the current budget issues). And even those being served are receiving fewer services.

Invest our limited resources in the strengths of our consumers, stop throwing dollars down the drain by focusing on the wrong things, and focus on the right things.

Then again, what do I know?