Sometimes I use this space to share some of the many (and often unique) ways members of our community support our mission of creating a world of opportunity for all abilities.

For the second year in a row, the awesome kids, teachers, parents, and administrators at Ryan Elementary School in Lafayette helped to raise funds to support Imagine!’s Out & About program, specifically so Out & About can purchase a hand controlled adaptive bike. The bike will allow more children with disabilities served by Imagine! to experience the joy, freedom, and independence that comes from riding a bike.

Awareness was raised as well. One teacher did a whole lesson with her students to teach them about disabilities, inclusion, and acceptance. 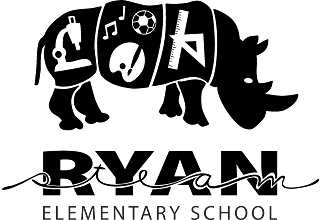 Cellar West Artisan Ales is supporting Imagine! through their NCAA Basketball Tournament themed Roundball Rumble in the Bier Pub. Details are below.

All money raised will be donated to Imagine!. Visit Cellar West at 778 W Baseline Rd in Lafayette, or check out their website. 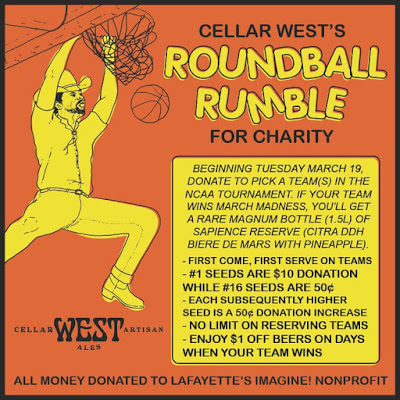 Finally, thanks to South Boulder Lucky’s Market, who selected Imagine! as one of this coming quarter’s (February 3-May 25) Lucky’s Bags For Change partners!

For our readers who live in the area, we’d sure appreciate it if you were to make a shopping trip or two to Lucky’s (located at 695 S Broadway St. in Boulder) over the next couple of months so you can participate in this fun and environmentally friendly way to support our mission of creating a world of opportunity for all abilities.

Here’s how it works: when shoppers bring in their reusable bags, they can choose to receive $.10 back per bag credit or donate that amount to one of the three Bags For Change partners, including Imagine!. Even better: when a shopper donates, Lucky’s Market will match the donation and double the giving to the nonprofits! Make sure you bring in your reusable bag so you can start dropping dimes to support the three partners. 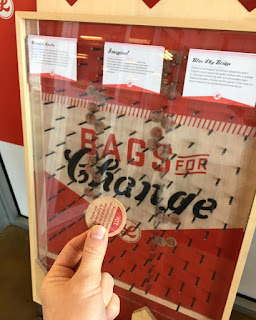 The work Imagine! does is essentially a community-building endeavor, and therefore we can't do what we do without the support of our community. As demonstrated above, we are so fortunate to be part of such an amazing and giving community. Thanks to all who support our work.
Posted by Imagine! at 7:30 AM No comments:

Did you miss last Friday’s performance of Imagine!’s Out & About Centre Stage? If so, you are in luck, because we’ve got a nice video of the full show below. You should check it out, because you might just learn what really happened in Vegas.

In fact, right here in Colorado, our previous Governor even used taxpayer funds to rename and rebrand Medicaid in our State, as if that would somehow improve the program. Lipstick … pig … OK – let’s move on.

I understand why Medicaid draws so much interest and comment. It is a vital program serving people across our country with significant needs, and everyone wants to put their two cents in (figuratively, many people don’t want to put any money in to it in the literal sense).

However, for all the conversation and opinions around Medicaid, I find the opinions usually tend to ignore some basic facts about the program and its design. Medicaid was originally designed to be used as an insurance of sorts. Medicaid money was supposed to be used to “fix” a health issue in the short term.

However, the use of Medicaid has expanded over the years, and for one particular population that relies on those funds, fixes aren’t what are needed. I’m talking about people with intellectual and developmental disabilities (I/DD).

And yet, the majority of people who are classified as having a developmental disability receive their funding for services through Medicaid, which was created to fix things. Why Medicaid? Because it was the only pot of government money available to tap. Not because it was the right pot of money to tap.

Do you see the problem? Services in the I/DD field are funded using a “fix it” model. Therefore, many services are designed and delivered to try to fix what’s wrong. Again – this is because of the purpose of the available pot of money. But if a disability is lifelong, and therefore unlikely to be “fixed,” that approach is wrongheaded at best and wasteful and damaging at worst.

This is a system screaming for attention, and it gets it. But much of that attention is unfocused, because the root problem is never addressed, and rarely even acknowledged. The message in the scream is to build on what is working for an individual, not what is not working. Homogenizing everyone’s skillset to be the same is insane. We would all be quarterbacks!

I’m not arguing that Medicaid isn’t necessary. People need that support. I am arguing that we need to take a long, hard look at how that funding is used to serve people with I/DD, and to fix a system that tries to fix things that can’t be fixed.

I’m calling for a makeover. For some disruptive attention. Stop talking about the program simply in terms of cuts to funding; or additions to funding; or fancy new names; and instead redesign the archaic Medicaid pot of funds for the future. It’s a big job, and it won’t be easy, but it is very necessary.

Then again, what do I know?
Posted by Imagine! at 9:26 AM No comments:

A couple of weeks ago, I shared how the community would be coming together to celebrate IDD Awareness Day in downtown Denver. Imagine! employee Jason Kingsbury, 2018 Alliance DSP of the Year award winner, made us proud by being a guest speaker during the banquet. Check it out below.


Imagine! residential counselor Brett Osborn, who was nominated for the Alliance DSP of the Year award, Imagine! CFO John Nevins, Imagine! Board of Directors member Bella Larsen, and Colorado State Senator Mike Foote also joined in on the fun. 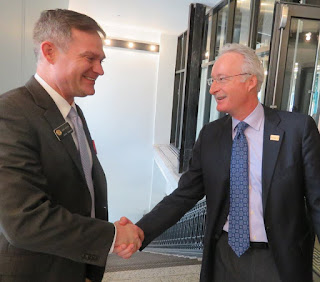 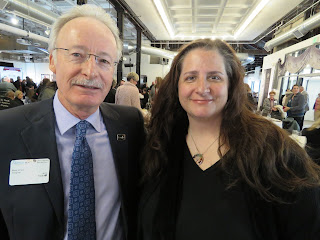 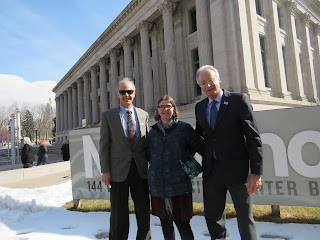 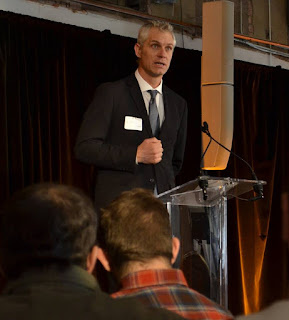 As my career in the I/DD field begins to wind down, I still find there are a few subjects that I’d like to be on the record as having voiced my opinion. 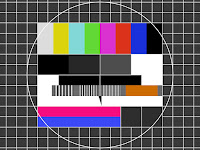 Today, I’d like to return to a subject I frequently discuss – language use and how it is reflected by, and sometimes influences, services for individuals with intellectual and developmental disabilities (I/DD).

Many moons ago, when I was new to this field, there was a substantial movement away from housing folks with I/DD in institutions and toward integrating them into the community. This was a great movement and one I am proud to have been witness to and participant in.

Almost everyone coming out of the institutions who I asked that question answered in some variation of, “I just want to be treated the same as everyone else.”

And yet, even at the embryonic stage of community living, language was being used to blunt that simple desire. Supports being delivered were being described as “training” or “programs.”

The problem with those terms? They indicate that someone needs to be fixed – they need to be “programmed” or “trained.” They emphasize what a person can’t do.

But advocates and self-advocates would continue to tell me that they didn’t want to be programmed. They didn’t want to be trained. They wanted to focus on the things that they were good at doing and that they enjoyed doing. I think we all feel that way – we don’t generally spend huge portions of our lives trying to fix what’s wrong with us, instead, we emphasize our strengths.

To this day, it frustrates me when I hear the work we do at Imagine! described as a program or as training. At Imagine!, our goal is to emphasize possibilities. We offer services, not programs, and we try to teach, not to train. Programs and training are regulatory and stifling, services and teaching are aspirational and goal oriented.

Language matters, and I offer my opinion on this particular language challenge fervently and unapologetically.

Imagine! has an assistive technology class for folks in our CORE/Labor Source direct services. Last week, the class took a field trip to the Apple store in Boulder to create their own Emojis on iPads! 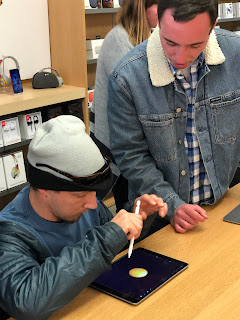 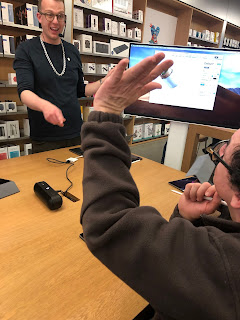 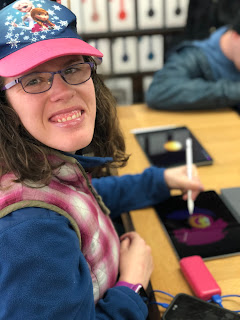 Today I’d like to thank the good folks at NetApp, who recently turned a team building exercise into a creative way to support Imagine!’s services for children. Check out the short video below to learn more.

Imagine!’s latest Out & About Centre Stage performance is scheduled for March 8 at the Dairy Arts Center.

Learn more about Centre Stage here, and please join us next Friday for what is sure to be an amazing event. 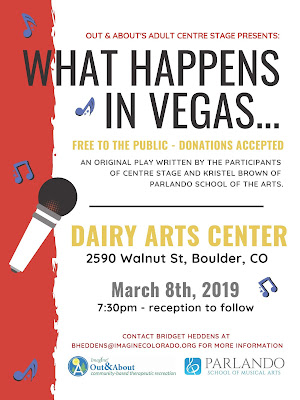 By the way – Imagine!’s Out & About Center Stage program is selling t-shirts this year. This fundraiser will help support our mission of bringing the arts into the lives of individuals with disabilities. Click here and buy your shirt today! 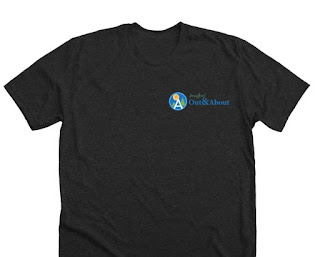 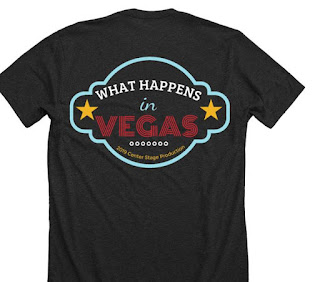